With only 1.5 hours between friends, we had a quick clean of the boat and had just about finished when Caron and Yvonne arrived bearing gifts. A vented loop (don’t ask – it is for the loo) and salad cream essential for my corned beef sandwiches which now are a key ingredient of my stable diet, due to the 25 tins we had on board – and now down to the last 6! We have made less progress on the cuppa soup mountain though, which is less appealing in hot weather.

The windy weather looked set in for the week which was frustrating – but not much we could do about it. But there was an opportunity to get to a harbour before the next front came through with 30 knots winds. We were heading to Lumparland – part of the mainland or in our minds home to Willy Wonker.

But to get there we had to go through a narrow canal with a bridge opening that meant we had to leave at 1110 on the dot. So safety brief done, we cast off and timed our arrival at the bridge for 1200. There were a couple of boats coming the other way and it felt like we were squeezing through – it always seems a challenge the first time…. Mast just past the bridge, it swung shut and we had a good downwind sail across open water. This route was the approach the British and French Warships used to sneak up on the Russian Fort at Bomarsund. The battle was part of the Crimea War and the warships took 48 hours to destroy the fort that the Russians had taken 10 years to build. A simple case of the Russians expecting the attack from a different direction. Given the rocks it must have been an impressive bit of sailing getting the warships so close.

Bomarsund is one of our favourite Aland Island harbours. Stunning red rocky cliffs provide a dramatic backdrop for the deep harbour which has been used for centuries by old sailing vessels. The vessels being tied to the rocks with big rings that are still used today. Trees and lichen cling onto to rocks and gravity defying angles with little sign of soil. The board walk follows the contour of the rock and is suspended over the water and more importantly it is incredible sheltered from any southerly winds. So the only sign of the near gale blowing were the trees on the top of the cliff.

The following morning Caron and Yvonne went off to explore the fort – we stayed on Carra and caught up with some admin. The wind was due to drop slightly in the afternoon and with a downwind sail – it looked like there was an opportunity to sail. But at lunch time you could see it was still very strong wind – so we decided to stay put.

Looking at the bowels of the boat on her phone

Caron and I then set off to explore the heads to see if we could solve the problem by way of a boat colonoscopy – with a go pro camera on a pole we explored parts of Carra that had not seen day light for some time. Caron’s knowledge of pumps was very helpful – whilst we couldn’t solve it – we were able to eliminate a couple of causes and I was better able to describe the problem in terms of pump pressures.

The sunset that evening was the essence of tranquility and beauty. ( see banner photo – by Caron)

As is often the way with windy weather, once past we found ourselves becalmed and so we motored to Kastleholm. Enroute were treated to a very close view of a sea eagle spiralling down to the waters edge – the closest we have been to one. Crossing our path on our way to our harbour was an electric cable which was 22m from the water – we require 19m so in theory there should be 3m spare – but it looks like cms from the deck – which is why I find it easier not to look. So I just had to ignore Mags saying “are you sure we will fit under” and go for it. 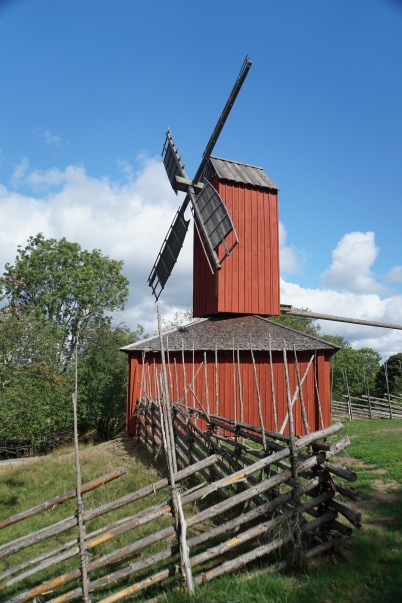 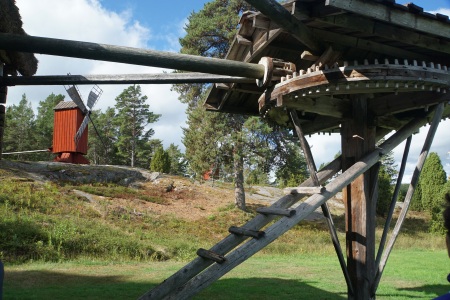 Having had strong southerlies we now picked Kastleholm as was good shelter from the strong northerlies for the next few days. We explored the Jan Karlsgården museum in the morning – although it was the second time that week it was still very interesting.

Whilst it was windy the sun was shinning, so we had a great 25km cycle ride around a nearby lake – which was rewarded with cinnamon buns that Caron had bought earlier.

I was frustrated that we hadn’t been able to show Caron and Yvonne any harbours beyond Lumparland. But provided we were quick we could get out to Rodhamn the next morning and show them the outer Archipelago before the next windy weather arrived. We awoke at 0530 with mist swirling on the water and as we set off the sun shone through the mist it was magical. We sailed all the way back to the bridge and made it through the first opening at 9am. Passing through for the second time … it seemed less scary.

Focusing on rocks and beating another boat

After some tactical tacking we arrived at Rodhamn at 11am. Rodhamn is another favourite of ours but we had never seen it deserted before, indicative of the sailing season being over here.

We had the choice of spots on the wooden staging. We went off and explored the island – to my horror I saw a small snake ( I hate snakes). Thankfully it was small, so I managed to suppress my inner desire to scream but with evil yellow eye lids – I wasn’t getting any closer.

With the wind due to increase soon we only stopped for an hour before sailing back up to Mariehamn.

Caron loves sheds – so the old harbour was a brilliant shed spotters paradise. A wonderful old working boat yard with lots of boat sheds – some on land, some over the water but all focused on restoring old wooden sailing boats. It is a favourite spot of ours in the grand metropolis that is Mariehamn, think small town with a parochial feel but that makes it sound way too lively. 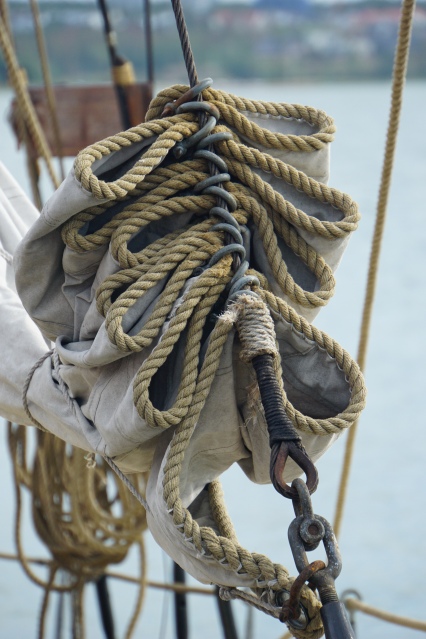 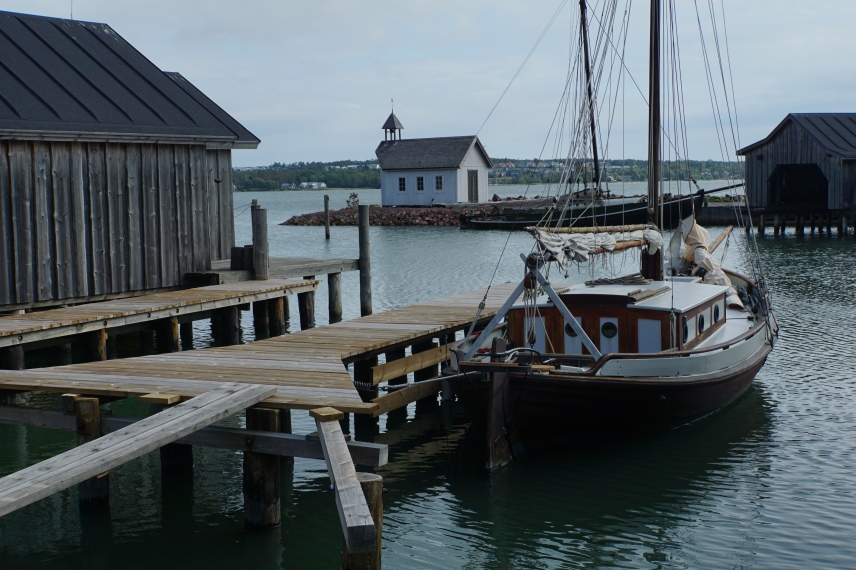 We strolled over to the other harbour and pondered who was the owner of the £46 million super yacht called Africa 1 – we were convinced it was some despot African dictator. Mags asked one of the crew but despite her teachers integration – they didn’t divulge the owner, as they are sworn to secrecy. This only reinforced our view, definitely dodgy money.

Caron and Yvonne treated us to a delicious meal in Mariehamn. They left on the 9am ferry, with Jill not arriving for another 12 hours we were able to get ahead on the admin – aka laundry!