A is for Alands, Abscess and Agony

The route from the marina to the jumping off point to the Aland Island (Finland) is one straight fairway – with the odd rock thrown in – with a NE. I was expecting to have to motor the whole way. But with an E wind we were able to sail the whole way on one tack and found a safe little anchorage sheltered from the strong winds overnight. During the evening I was aware that I had a slight tooth ache…. We left at 6 am the next morning to get to our destination before lunch time when it was due to get more windy. We had a relaxed sail over arriving in Rodhamn at 11am.

Rodhamn is a real favourite of ours. Its name comes from the red granite rocks that make up the harbour – one large island – and a few islands providing a natural harbour. The is a wooden staging/board walk that hugs the edge of the island providing a harbour to moor on. Red paths cross the island as the rock’s natural lichen is worn away by 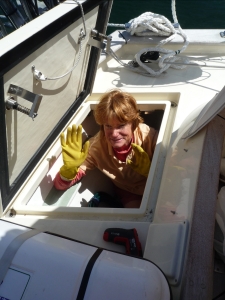 visitors. Rock circles and mazes lie around places by former islanders – though more recent residents I suspect. The harbour master sells fresh bread and cakes – what is not to like. There is a small museum in the old radio building telling the history of the island life. We went for a walk and heard the remarkable tunes warbled by a nightingale ( the bird beng identified by our Finnish Neighbour) With strong southerlys due being tucked in was perfect shelter – so time to get the watercolours out followed by 2 hours looking at the heads and achieving very little…..By now the tooth was more painful. It was Friday afternoon when I realised this was going to be more than just a tooth ache as the pain was spreading to my ear. Thankfully we have some antibiotics onboard that can be used for abscesses and I started taking these. As I was pretty sure it was an abscess there was no point going to a Dentist in Mariehamn as he would have to wait for the antibiotics to work so we set off early to go to Sandvik on Kokars. There was a total absence of wind so we motored. By now my jaw and face were in agony – any slight movement would send excruciating wave of pain off. So I resorted to Dr Google – who suggested various pain remedies most of which we didn’t have on board but I tried out the bite on a wet teabag. Albeit disgusting, it did appear to help. I kept hoping the antibiotics would take effect after all it had been a day. But by lunch I was feel decidedly unwell and at which point we met 2 ferries in a very narrow passage. Could the day get any worse – by now there was enough wind to sail but I didn’t need anything more to think about so we continued motoring. At which point the fog came in – with only 200m visibility you needed to concentrate. Mags manned the chart plotter to spot other boats on AIS – once of which was a ferry travelling at 12 knots. But as we approached Sandvik the fog lifted and the sun shone. I also started to feel better – finally the antibiotic appeared to be winning against my abscess. We moored up, to discover we had boats either side us with all female crew – that is a first!

Sandvik was worth exploring but I wasn’t really up for it. But by the evening I was feeling better and the shower made me feel better still. The harbour is build off a massive slab of rock 20m x 50 m with a beached old fishing vessel – whose colours came alive in the evening sun. The world was starting to look rosy again the antibiotics were definitely working.

With the wind in the wrong direction, we motored all bar the last hour to Uto. It is very remote as it is on the edge of the Archipelago – this low barren island with a big lighthouse was an active pilot harbour as it had been for centuries. It also has had a key role in Defence and only recently in the last 4 years has it been opened up to visitors.

The Island had more houses than I was expecting and organised into streets – well dirt tracks. The harbour was bounded by lots of working traditional boat houses and was very attractive. We walked up to the lighthouse and round part of the island. This is the only place I know where the harbour facilities include carpet washing racks! 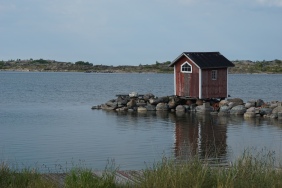 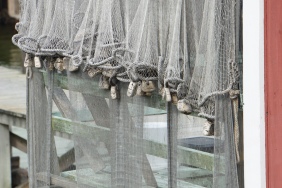 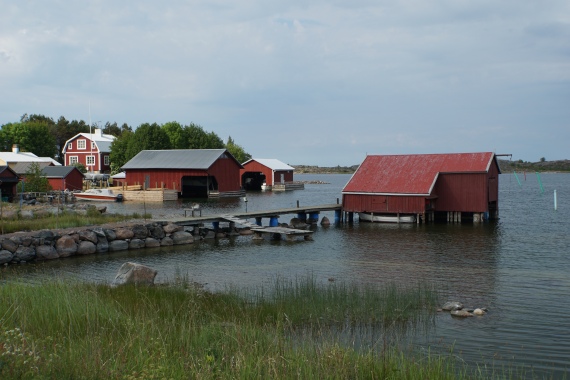 Whilst the tooth was much less painful the next day but I was keen to get to a dentist – plus there was some windy weather expected. 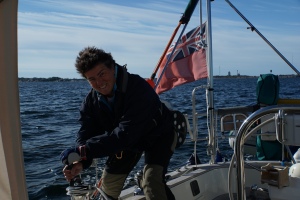 So our initial plan of stopping over night at Rossala was abandoned and we did a longer leg (57nm) to get to Hanko, arriving at 8pm – which was no issue due to the midnight sun. It doesn’t really get dark at the moment. We expected strong winds on Wednesday so opted for the more expensive Island marina as it was more sheltered than that of the town quay.

I got the first ferry at 8 and by 8.10 I was at the Dentist and left feeling relieved as I secured an emergency appointment at midday. I was expecting just have xrays more antibiotics and get the root canal treatment performed in Espoo by my old dentist. However, I was persuaded that the best course of treatment was to have it extracted then and there as the tooth was cracked. 6 injections later – lets not mention the dropping anaesthetic ampule on me and I was getting increasingly alarmed. Not helped by the fact that it was a difficult extraction. Finally the tooth was extracted – for the grand price of 57€. I returned to the boat feeling somewhat traumatised and lay around doing not much for the rest of the day.

Wednesday after our boat jobs were done – we explored a bit of Hanko – up the pink water tower with great views of the surrounding archipelago and then visiting the beach with the iconic Hanko beach huts and grand old Russian Summer Houses. We wondered around the market ice cream and bikes in hand then returned to the boat. 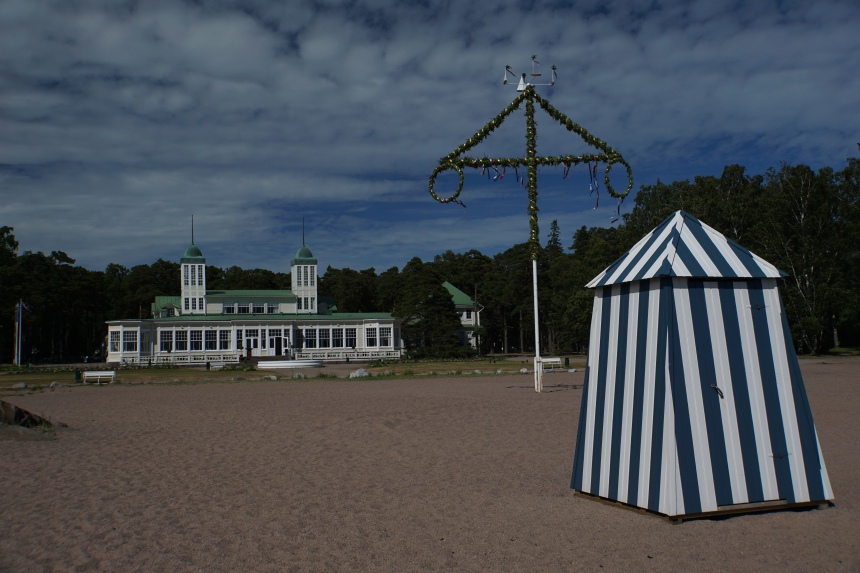